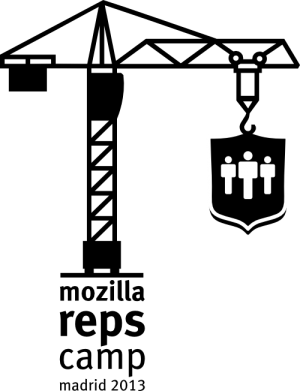 Earlier this year from August 30th to September 1st, 2013, I was invited to Madrid, Spain, to take part in Mozilla Reps Camp as a Mozilla Reps mentor to discuss the roadmap ahead for the Mozilla Reps Program.

ReMo Camp is an annual event / meeting where the leadership of the Mozilla Reps program, comprising of Council members and Reps mentors, meet for 3 days. The meeting comprised of presentations, breakout sessions and discussions to draft the 2013/2014 Mozilla Reps program roadmap. This was the second time the entire program leadership met and worked together in person, the first being in Berlin in 2012.

Even though there were discussions on some pretty serious topics, we made sure that we had our fair share of fun as well, starting from wacky yellow construction jackets to crazy late night wandering in the streets of Madrid.

Amidst all the serious discussions and fun times, one thing that stood out quite prominently was the high spirits that was evident among all the participants throughout the event. I’m sure that future of the Mozilla Reps program is quite bright and secure in the presence of such wonderful people and it is going to grow by leaps and bounds in the upcoming days. 🙂

Web Ninja, Open Source Evangelist, Mozillian, Geek, Currently working as a Principal Software Engineer at Red Hat. In the past I've worked at Changer Technologies, LLC, The Mozilla Foundation and Software Development & Research Cell at SICSR among others. Originally from Kolkata, West Bengal. Open Source Contributor with a special interest in Web Development. Follower of all updates related to Free and Open Source Software.
View all posts by Sayak Sarkar »